What do my wife’s birthday present and this article have in common?

They’re both late…because guess what?

The one-year anniversary of Kindlepreneur officially happened on February 8th, 2015, and it all began with this post (one of my favorite, but least read).

So why am I late on this article?

It wasn’t that I forgot. I just wanted to provide something of real value – yeah, I used that same excuse for my wife’s present too.  I actually struggled with what to say.

So, I decided to do a little something different. I'll start with how Kindlepreneur has done over the year, and then move into my own personal lessons learned in starting an authority site and where Kindlepreneur is going for next year.

In this article, you will learn:

So, buckle your seat belts, and strap on in, because we're going for a ride.

The Good: The Giggity Metrics

When I started Kindlepreneur, I had no idea how it would turn out. Was it going to be a hit? Was my goofy sci-fi nerdiness too unprofessional? Would people even care to learn about tactics in marketing?

Sounds funny to realize that those questions haunted me in the beginning.

So, how did it all turn out?

87,700 engagements per month according to SimilarWeb.com!

PS: Similar Web is a great free tool that will tell you what another website is doing, their traffic and where they are getting traffic – good to use on other authors' websites so as to see what's working for them 😉

But take Similar Web's data with a grain of salt. Similar Web doesn't discriminate between real visitors or crawlers/bots…or even revisits. In fact, I believe that that number represents the number of times people went to any of my pages. I'd venture to say that it's more around 30K-40K actual unique visitors per month. Google Analytics confirms this.

Which is WAY better than I could have ever imagined!

So, in all, Kindlepreneur has been growing and I am truly grateful for each and every one of you for your faith and support. It truly has been a blessing.

But sometimes the numbers are just numbers and can mean nothing. Luckily, though, the content has been making waves:

Please don't take that as humble bragging or tooting my own horn. That's not my intent. It's just to show that while the numbers are there, I have reason to believe that the quality and uniqueness exist as well….both of which are important.

What About the Sales?

Yeah, books sales have been good too.

Although it says 16 books, the service that showed me this (something I'll discuss in next week's post) it counts the Createspace version as one book, the Draft2Digital version as a separate book, and the KDP as another…even though they are really the same book.

But the best part about that is that although I only published two new books this year, the other books have sold consistently for many years, thus creating a reliable income stream.

So, book marketing has been good.

So now for the good part. In my quest to build Kindlepreneur, I've learned a couple of things. Whether by mistake, realization, or pure luck, there are some things I think every writer should think about as they create their platform.

1. Know Your Scope and Market

When I started Kindlepreneur, I could have made it broadly about all things “self-publishing.” But guess what…that wouldn't have been the right answer. Instead, I limited the scope and market to only “advanced book marketing.” By doing that, I defined my target readers are those who have already published a book but are looking for ways to sell more.

Sure, I limited the potential clientele by not adding first-time self-publishers to my target, however, I think this scope has given Kindlepreneur a valuable uniqueness in the industry.

2. Define Your Comfort Level and Stick To It

One of the biggest mistakes I made with my online writing career is that I refrained from email marketing for as long as I could. It's not that it's hard…it just scared me. I'd get nervous just thinking about sending an email to a large group…actually, I still do.

But the fact is, by not starting an email campaign, I lost out on a lot.

Worse yet, when I started my Kindlepreneur email system, I didn't know what to do. I floundered with what to write about, and even started doing affiliate emails…you know the ones. But in truth, this all felt wrong.

Therefore, I decided that I would only use my email to provide useful information with the scope of only advanced book marketing tactics. And when I decided this, I felt SOOOO much better about email. It's still scary to me, but I'm more at peace about it.

This can be applied to a lot of things in online marketing because you'll find a lot of gray areas between spam, and legitimacy.

I spent the first couple of months afraid that my style of writing would be unprofessional. The analytics of people coming to my site told me that many were of an older generation, and I figured they wouldn't take kindly to my flavor. However, after an exhausting back and forth, I decided trying to be someone else is exhausting. I ultimately decided to just have fun with it all. If you find me to be unprofessional, then I apologize. But I like what I do, and I hope you do too.

4. Focus on One Traffic Source/Skill:

The biggest mistake that authors make is that they try to market everywhere. They hear that FB Ads are amazing, so they run over there and dabble with it. Then they here that Twitter is a must, so they invest some time into creating a Twitter account. Basically, they keep adding different traffic tactics/platforms and they spread their time thin. By doing this, they never unlock the true potential that that tactic/platform really offers.

I strongly believe that the ones who succeed in online marketing are the ones who focus on one traffic generating tactic and stick with it till they have it mastered. They don't get discouraged when they don't immediately see the results they want but instead keep learning until they become a top 1%er of that tactic.

For me, that tactic was Search Engine Optimization (SEO). I spent years working on that tactic, learning and evolving over time. It's allowed KP to rank well on Google and has been a significant portion of my traffic.

Again I used Similar Web to highlight the point – although I think it's about 70% from Google organics. Now that I've mastered SEO, I've made a personal goal to master FB advertisement – which is a lot of work, but wow is that platform impressive.

5. Be Careful What You Brand

In the past four months, I’ve had two different people recommend my own Kindlepreneur articles to me. As in, they had no idea that I was the one who wrote them…ouch!

Although I had a little fun in both situations by replying to them with something like “yeah, that information looks good but I hear that author is completely insane…or at least his wife thinks so.” But alas, there is a deeper meaning to this.

I had failed to brand myself. And let's face it, we connect with authors better than nameless faceless organizations.

Here are areas that I worked to fix:

Where Am I Going?

As you might know, I'm still in the military and it has had me doing some pretty crazy things over the years like nuclear engineering, military diplomacy, and other fun stuff – in the case below, walking a mine field in Sri Lanka.

However, thanks to my books sales and the growth of Kindlepreneur, I was able to submit my letter of resignation. Come Sept 1. I will no longer be in the military. Instead, I'll be online full time. Might need to get some of those blue-light blocking glasses to help combat the eye strain.

Well, more importantly, I'll be home with my family full time – which is super exciting. Three out of the past four years, I've been deployed without them. That equates to a lot of missed first words, first steps and other key moments in my family's life.

So, once I'm done with my job here in Sri Lanka, I'll be moving to Franklin, TN – if any of you ever roll by Nashville, “y'all” give me a holler and we can get some coffee. Haha…had to add the “y'all” part…I'm learning to speak Tennessean and don't “bless his heart” me!

Again, thank you all for your trust and allowing me to grow as Kindlepreneur has matured over this past year. I look forward to reading your comments below and don't forget to hit “reply” on my emails…I still, to this day, personally respond to each and every one of them.

From the Chesson family, thanks!

When I am not fighting dragons or chasing the bogey man out of my kids' closet, I like using my previous Online Optimization skills to help other authors with the 'technical' stuff and get the right authors to the top of Amazon and any other eBook service out there.

When I’m not sipping tea with princesses or lightsaber dueling with little Jedi, I’m a book marketing nut. Having consulted multiple publishing companies and NYT best-selling authors, I created Kindlepreneur to help authors sell more books. I’ve even been called “The Kindlepreneur” by Amazon publicly, and I’m here to help you with your author journey.

“Gain insight from Kindlepreneur on how you can optimize marketing for your books." 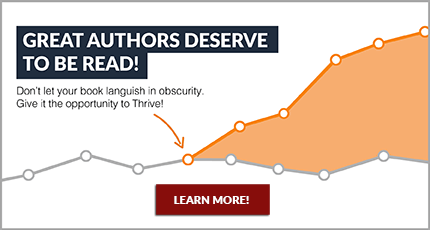 I want to sell more books

Learn how to rank your Kindle book #1 on Amazon with our collection of time-tested tips and tricks.

Join 111,585 other authors who receive weekly emails from us to help them make more money selling books.